Say the name of this slot game three times, and it will appear! Actually, you just have to check out our review to get a glimpse of this new Barcrest slot based on the hit 80’s movie! Read our Beetlejuice Megaways slot review. 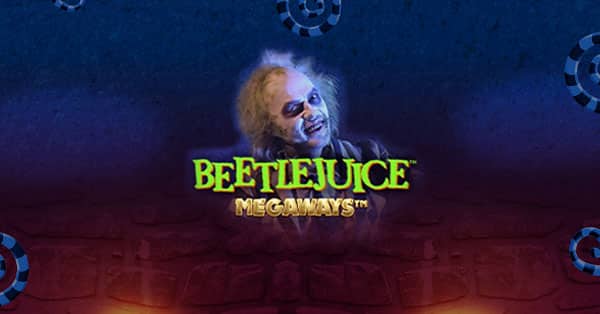 Megaways games are blowing up right now! They are everywhere we look. Springing up from all across the industry from a bunch of different software developers. Everybody, it seems, wants a piece of Big Time Gaming’s massively popular slot game mechanic! This time it’s the turn of Barcrest who has gone to town on this online slot which has brought back one of the most iconic, strange and weirdly wonderful movies from the 80s…Beetlejuice!

The 1988 blockbuster movie made Michael Keaton a household name, and now he’s back with a vengeance in this new online slot from Barcrest. We’ve seen them create plenty of original content over the years, but they haven’t really dipped a toe in the branded slot market until now, so how have they handled recreating a much-loved movie?

Play Beetlejuice Megaways and other Barcrest slots at these casinos!

Megaways slots might be everywhere, but do you know the best and safest online casinos to enjoy these games? We have picked out the best Megaways casinos right here: 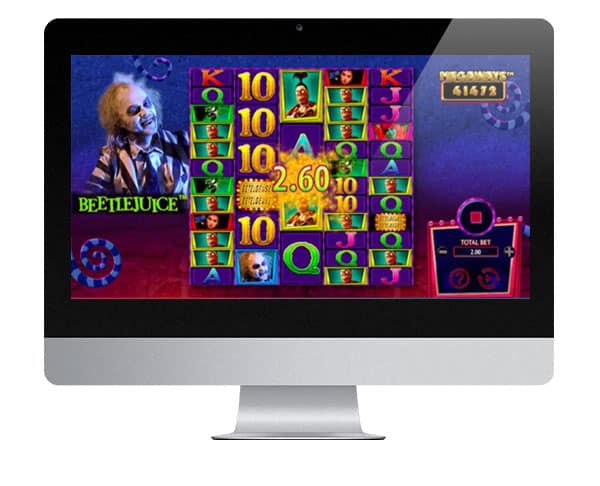 The five-reel video slot offers up to 248,832 ways to win, cascading symbols and expanding reels with up to twelve symbols, which is a slight change from the usual Megaways set up which is typically up to seven symbols per reel. The game also boasts a Mystery Ghost Symbol and free spins feature with unlimited multipliers. The star of the slot is Beetlejuice himself. The eccentric ghost takes centre stage in amongst the 80’s imagery and other bizarre characters from the film.

The game’s higher value symbols are made up of some of the characters from the movie including a very young-looking Winona Ryder and some odd-looking ghosts. The lower value symbols are the royal symbols from 10 to A, and then there are the Wild symbol and the golden ‘Betlegeuse’ Scatter, which awards the free spins feature.

During a regular spin in the main game, the top half of the reels are faded out, so you have between 2 to 6 symbols per reel. If you hit a winning combination, the top section is revealed, and the cascading symbols feature kicks in with all winning symbols replaced by new symbols until no more wins appear.

Barcrest has managed to recreate the atmosphere from the movie in a creepy and slightly disturbing way. It’s utterly bonkers, much like the film! 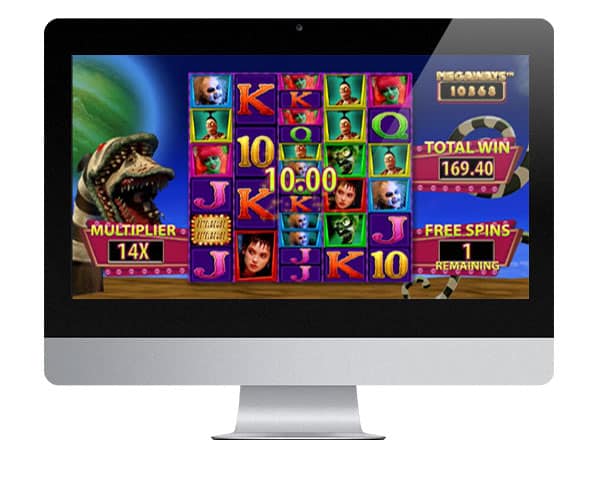 Beetlejuice Megaways will attract players for many reasons, first off, the affiliation with such an iconic film, secondly, the brilliant Megaways feature under license from Big Time Gaming and finally, the game’s unique features which stand up in their own right.

Beetlejuice Megaways incorporates plenty of features beginning with the Cascading Symbols. When you land a winning combination, the top section of the reels expands to reveal up to 12 symbols per reel and all winning symbols disappear and are replaced by new ones creating chances at further wins. The feature continues until no new wins are created.

The Mystery Ghost symbol can be activated at random at any point in the base game. The symbols can drop at random and transform into matching symbols, giving you a better chance of a winning combination.

Extra spins can also be triggered during the bonus game with additional scatters. During the feature, you will also find the Unlimited Win Multiplier which starts at 1x and increases by one with each win.

Discover the best bonuses so you can enjoy playing Beetlejuice and other Megaways slots with some extra bonus money or free spins!

There has been a definite revival of some 80s classics when it comes to online slots. We have seen some of our all-time favourite childhood movies brought to life, giving us a warm and fuzzy feeling of nostalgia. Barcrest has done a pretty decent job of Beetlejuice Megaways, and has included much of the film’s style and eccentricities. It’s not particularly easy to trigger the free spins feature so don’t expect that to crop up regularly, but the cascading symbols and extended reel set up certainly help to create plenty of wins.