Play Gigantoonz at the following casinos: 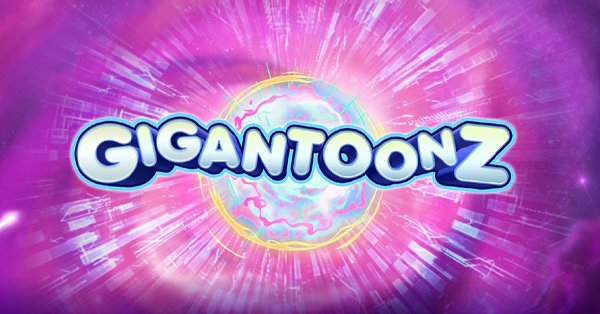 The Play ‘N Go Toonz series has proven to be hugely popular with slot fans loving the colourful characters and iconography of the games. The cheerful and friendly Reactoonz games are certainly amongst some of Play ‘N Go’s most iconic games and something they will surely hope to replicate with the launch of Gigantoonz.

Gigantoonz has a similar style and vibe to Play ‘N Go’s Reactoonz titles so fans of the games will feel right at home with Gigantoonz. The game screen opens to showcase some of the game’s main features which include Mega symbols, the Quantumeter, Radiation, Disintegration and Metamorphosis. But

we will delve into the game’s features more in the next section of our slot review.

Clicking on ‘Continue’ will start a short game intro, a cute animation about how the Reactoonz have grown so big, they have now become…you guessed it…Gigantoonz!

The game begins with an 8×8 grid filled with the Reactoonz characters. The colourful Reactoonz jiggle and move about on the reels waiting for the player to begin. Before you start, set up the game controls and bet limits to suit your budget. The game can be played from 0.20 up to €100 per spin. The controls to set the bet size are below the main reels and can be controlled using the +/- buttons. 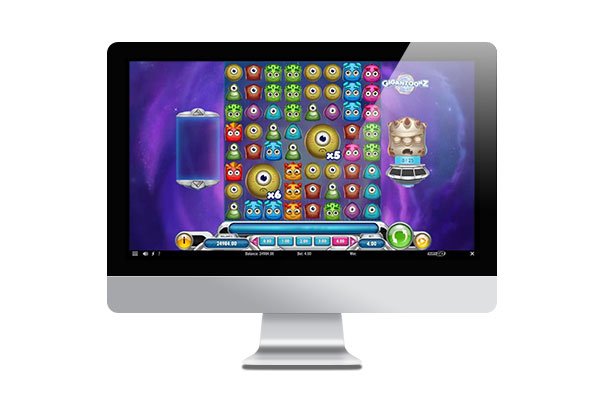 The game features an autoplay button that can be found to the right of the green spin button. This allows the player to set the spins to run for a specific amount of turns.

Mega symbols can also appear covering larger spaces on the reels spanning multiple reel positions, each with a multiplier attached to them. If these Mega symbols form part of a winning combination, the multiplier will be applied to the win.

Gigantoonz might not feature a free spins round, but what it lacks in free spins it more than makes up for in other ways. Here is a break down of the game’s features:

On a non-winning round, between 5 and 10 Quantum Wilds can be added to the reels with wilds substituting for all symbols.

The Gargantoon Wilds can only appear on the reels as a result of the Quantumeter.

With each winning symbol, the Quantumeter will charge up. Any Mega symbols that form part of a win, will charge up the meter by their multiplier value. The meter has four charge levels and a total of 100 charges.

Where there are no more winning cascades the next charge feature in line will trigger.

No, the game doesn’t have a free spins feature. For more on what to expect from the game, head up to our ‘Game feature’s section of this slot review. Alternatively, head to one of our chosen casino sites to try out the game for yourself.

When you have a winning formula it doesn’t pay to steer too far away from it and that’s what Play ‘N Go has done with Gigantoonz. It’s a great extension of their Reactoonz games with a bigger grid and plenty of action thanks to the cluster wins format. If you are a fan of cluster win games, then this will surely float your boat!