iSoftBet’s new slot game Gold Digger Megaways is the sequel to Gold Digger and it has had the full Megaways treatment with added features including Gold Hold & Win Respins and Multipliers!

Megaways games are flooding the online casino market with more and more ways to win and plenty of unique themes and features. Some of the best software providers in the industry are jumping on the Megaways bandwagon and thankfully there are plenty of great online casinos where you can enjoy the slot games, including iSoftBet’s new release Gold Digger Megaways. Play Gold Digger Megaways at one of our top casinos: 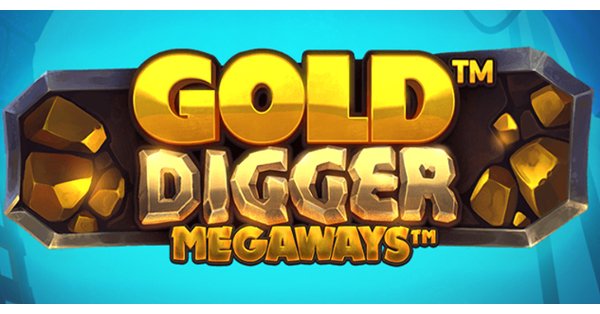 Gold Digger Megaways is the latest slot release to come from iSoftBet. The game uses the Megaways mechanic under license from Big Time Gaming. Each reel can contain a maximum of 6 symbols and an additional tracker reel above the middle reels creates even more ways to win in this fun, cascading wins game.

Join the prospector in Gold Digger Megaways and enjoy some seriously fun gameplay with a bumper haul of features and ways to win! Open up the game and you’ll be met by a brief intro screen that outlines some of the game’s main features which include Cascading reels, Gold Hold & Win Respins, Mining Modifiers, Gold Bet and Boomer’s Boost! The colourful game doesn’t hold back, with loads of quirky features and fab characters!

Click on the tick to the right of the screen to start the game. The grid might look a little jumbled at first glance with the wonky reels and variety of symbols sizes, but this game is dynamic and changes with every spin to create even more ways to win. Hold on to your hats as it’ll be a bumpy ride! 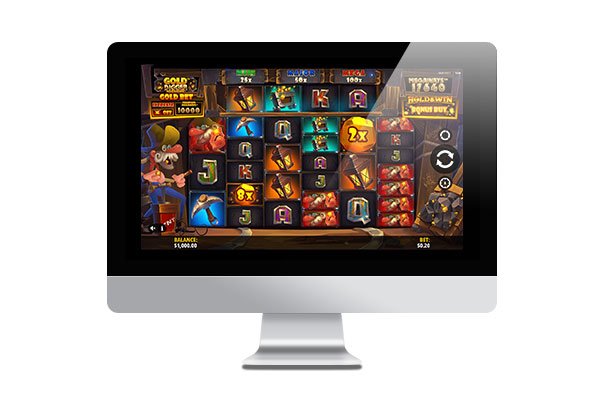 The game offers a bonus buy option, it comes with a price tag of 75x your stake. The other option is to turn on Gold Bet which increases the Megaways, the number of modifiers and Hold & Win Respins, this will increase your bet size by 50%.

The game features six reels, with each reel holding a maximum of 6 symbols. There is also a tracker reel above the middle reels. This reel will add one symbol to each of the reels 2, 3, 4 and 5.

Once triggered, Gold Hold & Win Respins will award 3 respins. Respins can also be retriggered by landing boosters. During the feature, Golden Nuggets will remain in view but Reel Boosters will action and then disappear from the reels.

When activated, the reels will spin in the maximum amount of ways for that spin.

Mystery TNT boxes will land on the reels, Gus will then explode the boxes to reveal a random symbol of one kind.

When activated at a cost of +50% the bet value, Gold Bet will guarantee the maximum number of 10,000 Megaways with every spin. This gives the player more chances to activate the Gold Hold & Win Respins and Mining Modifiers. Choosing this option won’t increase the value of the win.

For 75x the stake, players can opt to buy into the Gold Hold & Win Respins feature. This guarantees at least 5 or more Gold Nuggets.

No, the game has a respin feature that can be triggered by landing Golden Nuggets symbols during the main game. 3 respins are awarded initially with the potential for retriggers.

The game can be played from 0.20 up to €20 per spin but activating the Gold Bet will increase the stake by 50%.

Gold Digger has been amongst iSoftBet’s most successful games so it makes total sense that they should take this golden opportunity to give it a much-needed reboot. While the gameplay is very similar to that of the original game, the Megaways feature has created some unique elements to the game and increased the win potential to 28,821x which will attract slot fans looking for big wins.