It’s time for a brand new slot launch from Big Time Gaming, and this one is a real blast! The Final Countdown is a full-on rock ‘n roll ride of a slot packed with cloned reels and TWO free spins features! 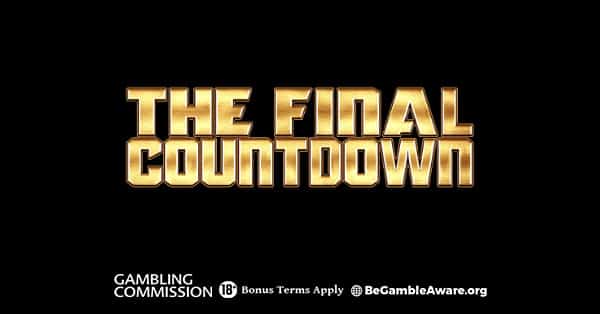 We love the mash-up between an old 80’s classic rock song and futuristic, space-themed fun! This latest slot is inspired by Europe’s smash hit song, and it’s as action-packed as any rock anthem we’ve ever heard! The thrills keep on coming including cloned reels, multipliers, wilds and not one but two free spins rounds!

The game follows on from the success of Danger High Voltage, also inspired by an equally iconic rock song. There is definitely echoes of the fast-paced fun and full on effects as this game is no shrinking violet that’s for sure! We also love how the developers have worked in some song lyrics into the various features including the ‘Heading for Venus Free Spins’!

The game board is set against the backdrop of a futuristic looking cityscape. To the left of the reel sits the rocket ready to blast you off to a full-on feature-packed gambling session! There’s lots of erratic sound effects and noise, so if you like a slightly more mellow slot, then this might not be the one for you! However, if you like fast gameplay and tonnes of features, then read on! 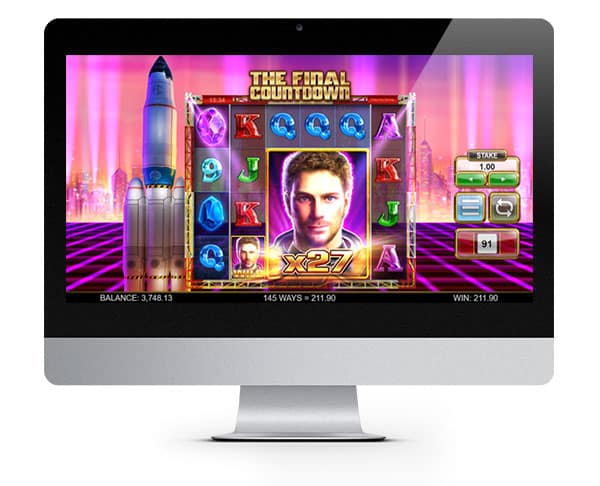 The structure of the game is based around six reels, and there are 4096 different ways to win. The game can be played from 20p per spin up to £20 per spin. The reels are full of precious gems and a series of letters and numbers. The main feature symbols include the two key characters as well as the Final Countdown logo. When the feature symbols appear the familiar guitar intro of the Final Countdown kicks in, and you know something great is going to happen!

This game is a great follow up to Danger High Voltage and offers an added level of excitement as you get to choose your free spins bonus from two brilliant options. It may take a while to trigger the features though so be prepared! 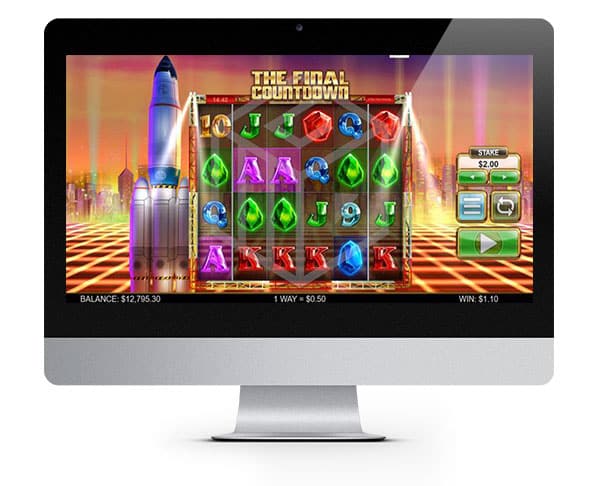