All time Spielberg classic, The Goonies has arrived as a brilliant new slot from Blueprint Gaming! One Eyed Willy, The Truffle Shuffle, Slick Shoes, they’re all in here. Read on to learn more about this exciting new game… 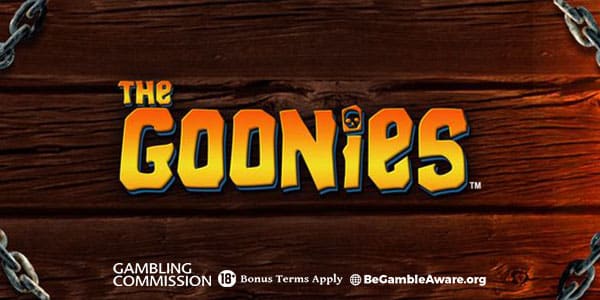 If like me The Goonies was an integral part of your childhood you’re gonna love this awesome new slot from Blueprint Gaming based on Steven Spielberg’s 1980’s classic. Prepare to search for Willy’s treasure and buddy up with Sloth on this awesome adventure slot game. Nostalgia bombs will be dropping and hopefully so will the jackpots as you hunt for the pirates treasure through spinning the reels. Blueprint Gaming are a class act and are responsible for a number of other top titles such as King Kong Cash, Paws of Fury, TED, Wish Upon a Jackpot and brand new title, Diamond Mine Megaways.

Play The Goonies slot at the following casinos:

You can play Goonies at any of the below casinos:

The game is laid out over the pirate treasure map that features in the movie with gold coins all around along with other pirate paraphernalia and the image of One Eyed Willy himself. The soundtrack harps to interludes in the movie and quotes from the film like “Goonies never say die!” sound out as you spin the reel. The game has 5 reels and 20 pay lines. The Base game has 6 bonus features and there are also 6 main bonus features that reward you with free spins, wild reels, cash bonuses and more. 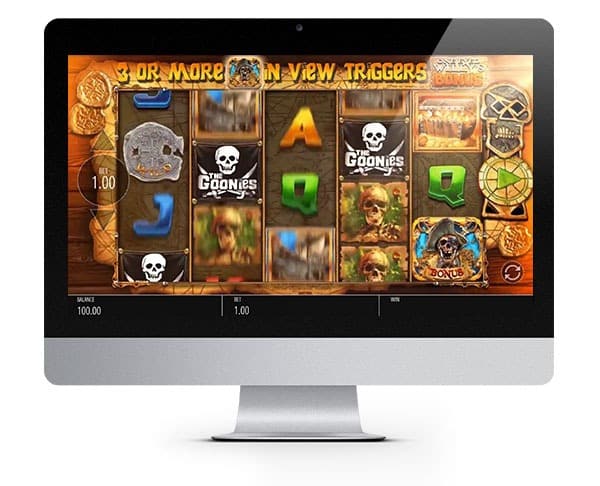 While playing The Goonies, you’ll be able to adjust the coin value and bet level to your requirements. The number of paylines is fixed at forty and wins are paid left to right. Wins appearing on different win lines will be added together.